>>TikTok has announced the creation of a new $150k fund to assist Latinx businesses in the United States.

In line with its ongoing efforts to provide additional support for SMBs impacted by the pandemic, TikTok has today announced a new, $150,000 grant fund aimed at assisting LatinX SMBs, specifically, across the US. 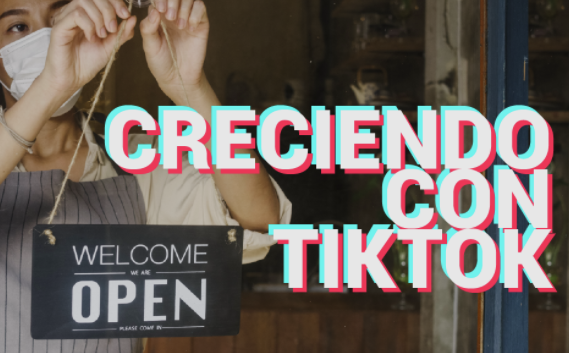 As explained by TikTok:

“The #CreciendoconTikTok campaign expands on our collaboration with the Hispanic Heritage Foundation (HHF) to help the Hispanic population achieve long-term success in the United States. Select Latinx small business owners who have championed persistence, hard work, and entrepreneurship through TikTok throughout the COVID crisis will be awarded individual cash rewards of $5,000 by the fund, which will be administered by the Latino Entrepreneurs Fund.”

As TikTok notes, the platform first partnered with HHF last year, putting $750,000 in funding towards a range of HHF-led initiatives, including the Hispanic Heritage Awards and various workforce programs. This new funding will facilitate more opportunity for Latinx businesses, who have been significantly impacted by the COVID lockdowns and other mitigation efforts.

TikTok has announced a range of funding initiatives for SMBs, including its #SupportSmallBusinesses initiative, which highlighted a range of small brands in the app, and its upcoming Small Biz Block Party event, aimed at promoting small businesses on the platform.

A variety of support measures have also been implemented for LatinX businesses and artists in particular, including ad credits and other promotional and financing aid alternatives to assist them in getting back on their feet after the devastation of Hurricane Maria.

Despite the fact that all companies have been affected by the COVID-19 epidemic in different ways, LatinX SMBs have seen greater closure rates and forced layoffs, which has had an especially pronounced impact on these communities. As a result, it’s encouraging to see TikTok putting a special emphasis on small enterprises and attempting to give further support when feasible, as described in the article.

Those initiatives might also help TikTok better ingratiate itself with these communities in the future, allowing it to become a more prominent presence for these creators and therefore aiding in the company’s business expansion ambitions.

LatinX SMBs can apply to be part of the #CreciendoconTikTok initiative here.